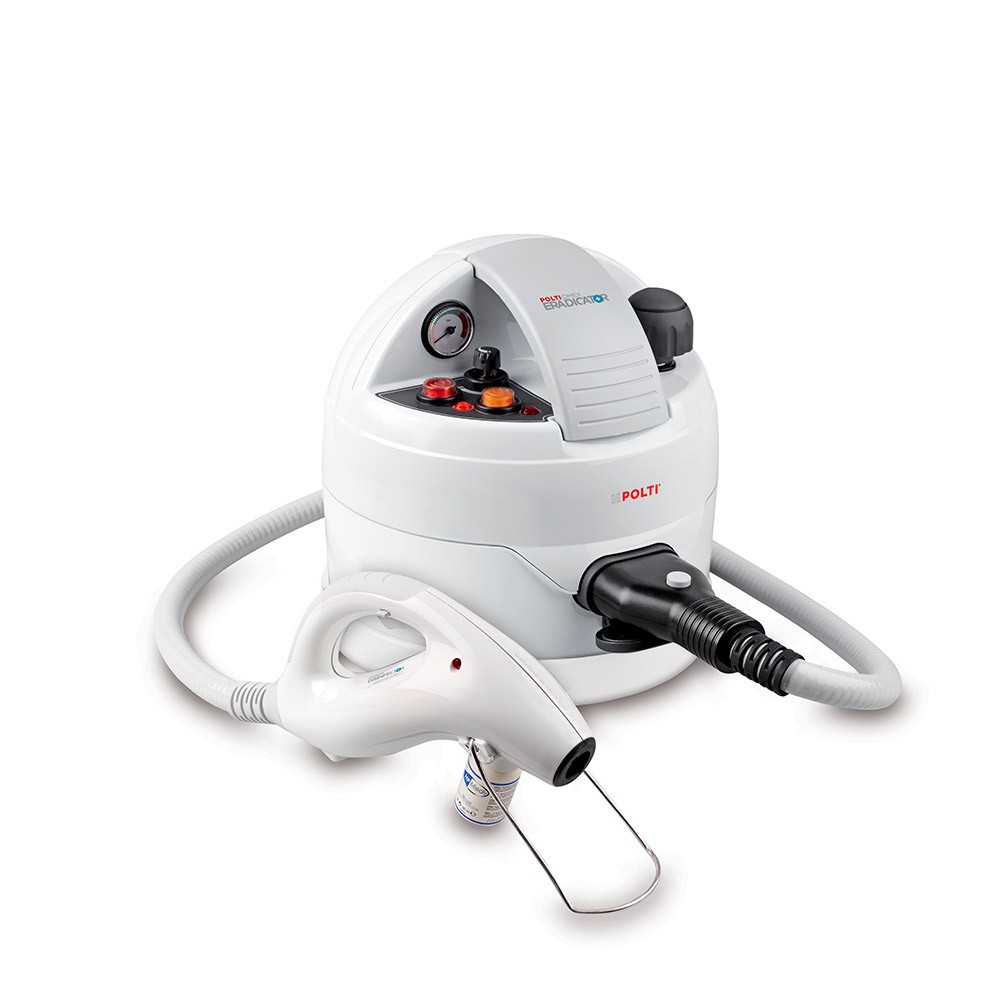 Bed bug disinfestation and elimination of viruses, germs and bacteria
Polti Cimex Eradicator is a device capable of eliminating bedbugs and their eggs without using insecticides. Polti Cimex Eradicator is a steam generator to which the Polti "Steam Disinfector" is connected and where the steam generated in the boiler is superheated up to 180 ° C. The steam provided eliminates bed bugs by thermal shock for a permanent elimination. During the diffusion phase, steam is mixed with HPMed detergent to remove the characteristic bug odor and melt the gooey substance that binds the eggs to surfaces. The dry, superheated steam of Polti Cimex Eradicator can be used on any surface or fabric and can also be directed into the most hidden, hard-to-treat corners and nesting areas.

Write your review
Share your experience / views on this product